There’s been a fair bit of discussion in recent years about diversity in video games. Players are getting tired of the mid-thirties unshaven male/bald space marine/what have you protagonist that are the standard for protagonists, and we’re wanting to see more non-WASP characters. There have been calls for more women characters, more races represented, better treatment of gay characters, etc. Yet there’s been one underrepresented segment of the population that seems to have gone forgotten. Nobody seems to think to include us, to demand more representation from our populations, all the while gamemakers are seemingly forgetting we exist. We are a proud group with a very rich and distinguished history, yet we have been living with persecution for centuries, that continues to this day. I speak, of course, of the mighty southpaws.

It has long been scientific consensus that left-handers are more attractive, more intelligent, better in bed, and improved in just about everything we do than most. Indeed, experiments have proven again and again that we are everything Daft Punk ever dreamed of: harder, better, faster, stronger. Of course, you could probably find scientist out there who disagree with those findings, but they’re probably right-handed, and therefore their opinion can’t really be trusted. If you think about it, left-handers are pretty much like superheroes; we are just innately better at pretty much everything. If one were to call us the next step up in human evolution, they wouldn’t be too far off the mark. Yet, even with our obvious greatness, we find most of western culture against us. While “right” also means “correct” and “just” in English, the Latin root for the word “sinister” took on evil connotations because it referred to left-handed people. Largely because of our natural ability to circumvent many defenses against right-handed fellows, southpaws were considered treacherous and touched by the devil, which is ironic considering that we actually seem to be blessed by God himself. Even now, the Right Power movement pervades our culture, with basic tasks such as cooking, writing, and even using common school supplies made much more difficult by the fact that nearly everything is made specifically for right-handed people. In fiction, left-handers are rarely represented at all, and even when we are, our handedness is most commonly used as a sign for how evil the character is.

Of course, we do have some small representation in most mediums, and video games are no exception. The amount of left-handed characters is very small, but most of them are very significant. And usually the best parts of their own games. To follow is a bit of a celebration of left-handed characters in games, listing the most notable ones in the games I’ve played, and explaining a bit of how their natural superiority shines through. 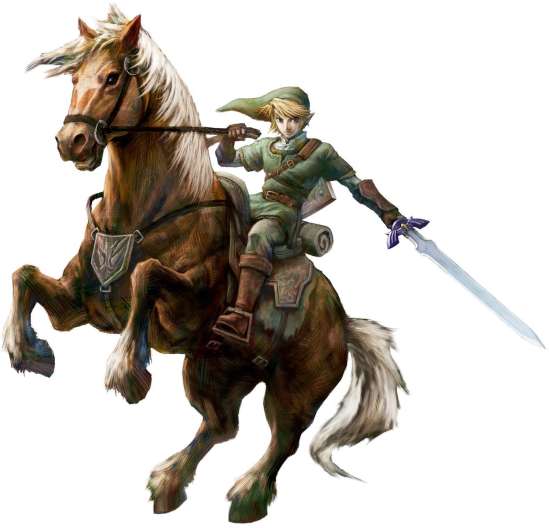 Quite possibly the most famous left-hander in video games, Link fills his role as the hero of one of gaming’s most valued franchises well. His southpaw nature lends itself well to Link’s natural mastery of a wide variety of weapons throughout his games, and makes his ease of shifting between weapons without loss of combat aptitude seem all the more realistic. When the Triforce is split, he also carries the Courage segment in his left hand, because obviously there’s no better place to put it. He regularly uses his natural dominance over right-handers to defeat his adversaries, usually saving other right-handers from their own plights.

Of course, Nintendo can’t just leave us a great left-handed hero. In his early days, Link was plagued with sprite-mirroring, switching to being right-handed whenever he faced right. As the 3d era loomed large, this problem was corrected, but once the Wii came around, Link was completely right-washed. The Wii port of Twilight Princess had everything reversed so Link could be right-handed, and his right hand has been dominant in Skyward Sword since the conceptual phase. Just one more way our glorious kind is being further marginalized and looked down on by the video game industry.

One of the most recognizable villains in gaming, Sephiroth handily stole the show in Final Fantasy VII. Stronger, cooler, and better looking than pretty much everyone else in the game, even Final Fantasy VII’s director considers Sephiroth to be one of the main reasons the game did so well. Sephiroth had long been SOLDIER’s greatest member and most powerful swordsman, a feat obviously owed to his left-handed nature.

Unfortunately, while the Kingdom Hearts series and later games in the Compilation of Final Fantasy VII have gotten things correct, it seems development on Final Fantasy VII itself was marred by a bunch of right-normative people on staff. In the original game, Sephiroth was left-handed in most concept art and FMV cutscenes, but it seems people kept trying to keep him from overshadowing the main cast, and made sure he was depicted as right-handed within the gameplay engine itself.

One of Final Fantasy IV’s most favored characters, Kain is also one of the most powerful physical combatants in your party. He is one of the most active characters in the plot of the game. He’s also got a lot more mystery and intrigue to him to the rest of the cast. And just look at him! Dark armor, hidden face, his appearance is just straight up awesome!

Square does fall into an unfortunate pattern in the plot of Final Fantasy IV, however. It’s common, given the prejudice we left-handers have experience in the past, for writers to use left-handedness as a sign that a character is untrustworthy, and that’s just what they do here. Kain, either through mind control or by his own will, switches sides several times over the course of the game. While he does desire to atone and joins the heroes side at the end, he’s already established himself as a habitual backstabber. 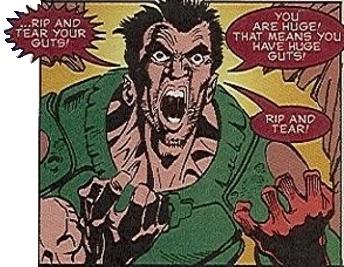 All these left-handed characters, and this is the only non-Japanese developed one on the list. Kind of sad for our cultural sensibilities, isn’t it? One of the most homogenized cultures still has more lateral diversity than our own supposed melting pot.

You might not think he’s left-handed, since there’s little opportunity for him to demonstrate his preference. But here, look: 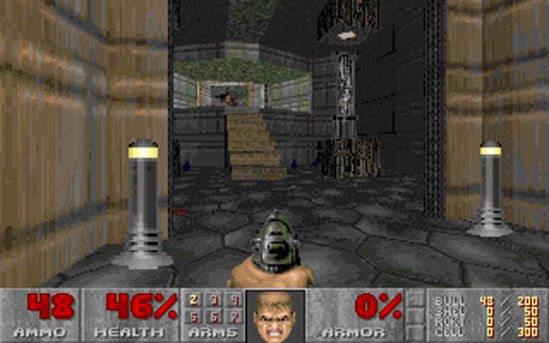 It’s simply that the rest of the weapons in the game are made for right-handers, an affliction that plagues our kind even here in meatspace.

Anyways, Doomguy was the non-face behind one of the most formative game series of the early 90s. He is the original space marine, and one of the few to have faced down the hordes of Hell several times over and lived to tell of it.

The archetypical hero figure, Crono is the silent protagonist of Chrono Trigger. The particulars of many of his actions depend on the player’s intentions, but overall, the game’s plot shows him to be incredibly valorous and willing to lay his life on the line for the sake of the world. He’s the leader of the group, directing all their world-saving efforts, and one of the most useful combatants in your party.

At this point I’m pretty sure I should be making Square Enix an award or something.

In the Parasite Eve series, Aya Brea is humanity’s last bastion against the strange creatures that make up those games’ enemies. Because she’s so magnanimous, she even saves the righties, too. She’s also a dead shot, and is able to single-handedly take on the hordes of mitochondrial beasties that get thrown at her.

Luke Fon Fabre-Tales of the Abyss

Luke is the lead and most dynamic character of Tales of the Abyss, and much of the game is driven by his coming of age. He is a much less experienced fighter than… pretty much anyone, but his left-handed nature gives him advantage enough to defeat much more learned combatants. While he’s much more whiny and not nearly as cool as the average left-hander, I think we can forgive that as right-handers seeking to portray us in a negative light.

Luke’s laterality actually serves a thematic purpose in this game, marking him as a counterpart to the right-handed Asch, underscoring their conflicts and direct relationship with each other.

A southpaw boxer, Akihiko naturally rose to a rightful position as captain of the school’s boxing team. As most lefties, do, he’s got quite the fanbase in-universe, particularly of those of the other gender. He is one of the more devoted members of your team, and serves as a mentor of sorts as you seek to unravel the secrets behind the midnight hour. He constantly seeks to get stronger, something that probably makes right-handed people everywhere shiver in fear. Luckily for them, in spite of his obvious superiority, Akihiko also bears the incredible nobility of our people, and would not seek to harm them unprovoked. 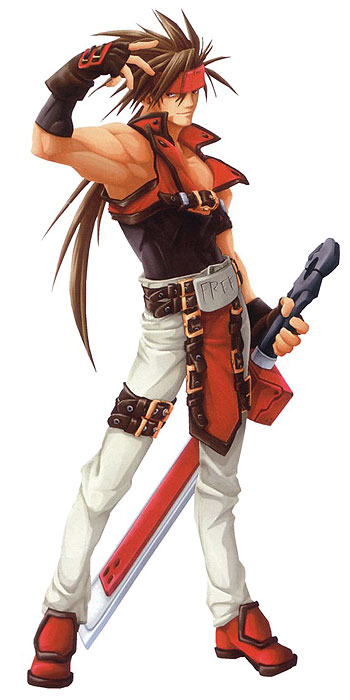 There’s about a million Guilty Gear games out now, and Sol Badguy has served as the face of all of them, for obvious reasons. He’s among the easiest characters in the game to learn to use, yet is powerful enough to remain relatively high tiered. Canonically, he’s one of the most powerful gears, one of the few able to resist their implanted controls.

So, hopefully this article has enlightened you on how proud and great left-handed characters naturally are, as well as how little representation we receive in video games. Perhaps, seeing how these characters are better and more important than all the right-handed characters combined in their respective games, you may be driven to demand more lefties from producers. Feel free to do so. After all, diversity is a good thing in any form of media, and a world with more left-handers can only be a better one.