I had planned for a big, elaborate introduction here.  But then I got stressed and sick and now I’m having trouble just focusing on the screen, so nuts to that.  Here’s the 2nd part to this post, where we talk about pacing of narratives in video games.  Last time we established the differences between narrative and gameplay pacing, this time we’re talking about how to get the two to play nice together.

Most mediums for storytelling have fairly standard tricks for quickly adjusting the pace of a work. Books can jump between characters to always hit the most eventful moments at the right time, expand on the description and dialogue when its time to slow things down, or merely give readers a sense of complex happenings rather than having them shown in full, depending on what rate the author’s wanting things to move at. Films can make use of montages to speed up the narrative passage of time, make a lot of jump cuts to instill a sense of speed, or linger on long shots and facial expressions when it’s time to slow things down. Comics and graphic novels have long used the space between panels to imply more things are happening than being shown without affecting the narrative flow, and used the number of panels on a page to control how fast they’re being read through. I’d say that nearly all forms of storytelling have a set of basic tools for brute-force controlling pacing, that nearly all competent creators are so well versed in just from absorbing other media of the type that they’re able to implement them without even thinking.

I don’t think, however, that’s the case for video games. At least, not so much as it is for other mediums. Storytelling has a comparatively brief history in gaming, and study into the medium’s capabilities has been lacking. They just haven’t been around long enough for creators to pick up en mass ideas of what works and what doesn’t; what tricks can be employed to mechanically adjust the narrative pace and what maneuvers have a harmful effect on the work. This is one major area that I feel designers’ constant need to look to films for cues in videogame storytelling is a huge feeling. Sure, some of the same tools might be in play, but only for cutscenes. And cutscenes should really only be used when the plot can’t be adequately served by the gameplay engine. Instead, to really advance videogames as a storytelling medium, developers are going to need to learn to use tools specific to this unique artform.

And what tools are those, exactly? Well, if I knew, I’d be off making money as a pretentious videogame auteur and this blog would be a lot more popular. Based on my knowledge of writing stories and common game structures, though, I can at least make some educated guesses.

END_OF_DOCUMENT_TOKEN_TO_BE_REPLACED

Sometimes, life is cruel.  Sometimes, it seems life just tries to keep you down.  Sometimes, you desperately want to post more on your blog but you’re too busy trying to keep from drowning under the sea of all hardships life just keeps burying you in that you just can’t find the time.  It’s moments like this that true friends are so important.  They’re the ones who remind you there’s still things worth living for, the ones who keep you from giving up, the ones who throw you softball posting opportunities by nominating you for viral blog awards.

Recently, my good friend and talented author Mishka did just that for me, adding onto Lost to the Aether’s status of being twice as Liebster as your average blog by nominating us for the Versatile blog award, yet another award promoting bloggers getting to know each other by spreading nominations among their fellows. 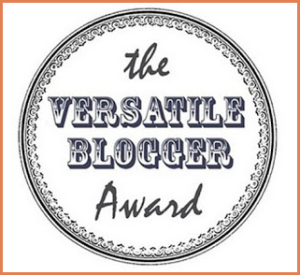 In fact, this award seems even simpler than the Liebsters we’ve dealt with in the past.  Just post seven things about yourself.  I think I can handle that much.  Here goes!

And… that’s that!  More content to come soon!  We’ve got the second part of the video game pacing, a brief interlude in our Dark Souls playthrough, and the promised retrospective of the first Persona game coming up soon!  Hope to see you there!

I played my way through Bioshock Infinite recently, and was struck by a major similarity it had with the original Bioshock. One major common thread that crossed through the entirely different settings, the different narrative styles, the different gameplay engines, that really popped out at me, so much so that every time I looked back on the games, I just couldn’t seem to get my thoughts away from it. No, it’s not the shared themes. No, it’s not the dual magic/guns gameplay. Instead, it’s something much more basic, much more overarching, much more meta.

One thing I’ve found when dealing with creating art, though, is that obvious problems in the work are rarely simple as they seem. That glaring problem in a story that seems like it should be so obvious where it comes from and how to fix it? The real issue is likely caused by something seemingly benign several layers down, and the obvious fix would cause several problems in the story to arise on their own. It’d be easy to say that the creative team behind Bioshock and Infinite just have a bad storytelling habit. The truth of the matter is, though, while it’s obvious that Irrational Games really don’t have a grasp on good storyline pacing in videogames, “You’re bad at writing!” is not really much of a diagnosis, and the two games have completely inconsistent and opposing pacing problems, pointing at completely different aspects of the work that got away from them. The first Bioshock had a very simple storyline that was waaaaay stretched out over the course of the game’s runtime, and didn’t seem to care about matching up gameplay climaxes with the emotional and narrative climaxes. Bioshock Infinite had a much more complex story but ended up crowding a lot of events and revelations together, and had several instances where the gameplay actively tore your attention away from the narrative, distracting you with fights while plot was still going on. Between the two games, it’s easy to say Irrational is weak at pacing, but the flaws are too inconsistent to point to any specific quirk, technique, or style that’s causing the weakness.

It’s not entirely surprising, though. After all, video games are an incredibly young medium, and the time they’ve been seriously used for storytelling is even briefer than that. There’s not nearly as much documented studies of video game storytelling as there are for things like movies and literature, little opportunities to become educated on the subject, and few people who have been in the industry long enough to have gotten good at it.

So, I figured, hey, I should take the opportunity to work out how video game pacing might work myself myself. After all, I got A’s in both my game-focused programming classes and in my creative writing classes in high school, so that obviously makes the country’s premier expert on the subject! I have a responsibility to use my big, sexy brain for the betterment of mankind, and what better way to do that by making a few people slightly more enlightened about interactive electronic entertainment? There is no better way, obviously. So here we go: a brief glimpse into the art of narrative pacing in video games.