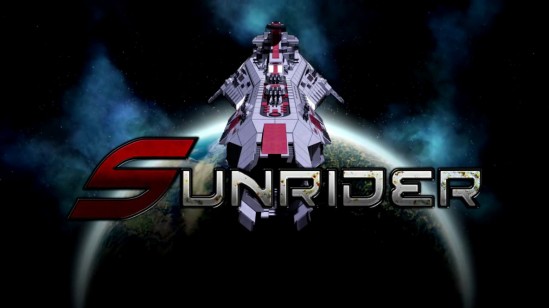 I’ve got a real soft spot in my heart for those works that are made not because someone’s trying to make a profit, not because someone wants to get a name for themselves, but simply because someone decides that this is a thing that needs to exist. The urge to just create is a powerful, beautiful thing, and some of the best works of art out there are just these kinds of projects, those that exist for no other reason than to fulfill someone’s passion. In fact, I believe that’s one of the greatest things about the internet, that it makes it so easy for creators to just produce and get their works to an audience, with no worries about the costs of publishing, marketing, or anything else that normally goes into most of the creative works we all enjoy. The freeware creators are incredibly valuable.

There is one big flaw with creators, though. They’re people, too. And that means they need to eat, take shelter, and bungee jump over active volcanoes just as much as regular people like you and me. And for that, they need money. And money changes things. I’ve seen that so many times, through my background in both working with nonprofits and as a small business consultant. Nonprofit projects where everyone regularly stretches every dollar involved as far as possible will suddenly get a lot more convoluted when people find there’s the possibility of getting paid, and artists trying to turn their craft into a business quickly find out how much they need to change their approach to their art. There’s absolutely nothing wrong with trying to make a living out of your work, but the pursuit of compensation does necessitate a different way of creating, and oftentimes your work will be quite a bit different than it would have been had you just done it for nothing other than the need to create. It’s not necessarily a worse situation, just a different one, and we’ve been seeing plenty of it lately with the rise of crowdfunding sites like Kickstarter and Patreon.

And I think that’s a large part of the reason why I like Sunrider: Mask of Arcadius so much. This is a work that has money behind it. And yet, even though they got money involved, this is very much an obvious labor of love. Love in Space, Sunrider’s creators, ran a successful crowdfunding campaign, raising over $44,000, almost fifteen times their original goal. Nobody’s going to get rich off that, but that’s still more than enough, with proper management, to get a small, limited, indie game out into the world with a tidy profit trailing it. With Sunrider, though, the production values, the amount of content created, the amount of just plain work that’s so, so apparent in the finished product is so high that I will never believe that Sunrider’s turning a profit. All the crowdfunder money and more is accounted for in the completed work. The visual novel has professional quality voice actors, sound design, art, and more, to the point that the amount of money they’ve collected through the crowdfunder could never cover all this alone. It’s obvious that the team behind Love in Space are volunteering at least some of their own time and resources to the project, yet even so, this project is still completely freeware. They’re creating it simply because they want this to be a world in which Sunrider: Mask of Arcadius exists. Just the amount of integrity and passion going into Sunrider makes the work notable. The fact that it actually delivers are long, enjoyable experience for the pricetag of completely, no strings, no expectations, free only makes it more so.

In keeping with Love in Space’s moniker, Sunrider is a good old fashion space warfare tale with a bit of a romance bent. You are Captain Kayto Shields, the suspiciously silver-haired commander of the warship Sunrider, the pride of the planet Cera’s military. Unfortunately, said military doesn’t get to bask in it’s magnificence long, as that organization, along with the planet’s government and a good chunk of it’s people, simply stops existing shortly after the Sunrider’s first taste of real combat with the nefarious PACT. And so, you are left with one of the most powerful military vessels in the galaxy, absolutely no chain of command or oversight, an unlimited amount of ammunition, and a real grudge against the PACT fleet and all their explodable, squishy, bullet-magnet spacecraft. What do you do?