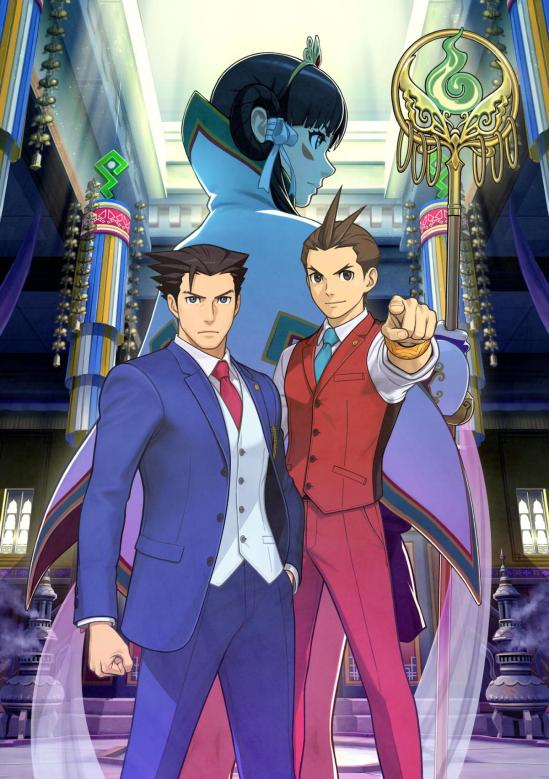 Man, Phoenix Wright. Ace Attorney. You remember those games? I didn’t, apparently, because I completely missed this new release until Red Metal reminded me it existed. Luckily, that has since been rectified. And my life is better for it. Let’s use that to make your life better, too.

Phoenix Wright is one of those series that is completely beloved and adored by everyone, so of course Capcom is convinced it’s barely selling enough to keep itself afloat and has thus relegated it to digital only releases on the 3DS. Spirit of Justice is the newest release in the series. And you know what? Phoenix Wright has not stopped being good.

Oops, spoilers. Now you don’t even have to bother reading this post.

Spirit of Justice is the 6th (I think?) entry in the mainline Ace Attorney-verse. It’s also the second entry in the new era they started building after the conclusion of Apollo Justice. It follows directly off of Dual Destinies, with the status quo much like it was then. Ol’ Phoenix is back to practicing law, and actually has a respectable law firm/talent agency, composed of the Superstar titular lawboy himself, the Superloud Apollo Justice, the Superyoung Athena Cykes, and the Superpantied Trucy Wright, who’s not a lawyer at all but that doesn’t matter for the purposes of this discussion. It’s still a pretty decent timeskip after what most people think of as the Phoenix Wright setting, and much like last time, part of the fun is seeing what the old characters and old places are up to in this new era. You finally see Maya again. That was probably one of the big selling points. And it’s not even a spoiler to say that you need to bail her out of a murder charge. In fact, that’s just tradition, now.

Spirit of Justice continues on some of the story notes started in Apollo Justice and continued in Professor Layton vs. Phoenix Wright, in that the cases you’re facing now impact matters beyond just the life and death of your clients. In this case, you’re dealing with the stability of and rebellion against a quietly oppressive regime in a foreign country.