So here’s a post that has nothing to do with anything you’ve likely ever visited my blog for. I mentioned a while ago that one of the things that pushed me towards starting this blog was a series of cooking posts I did on Facebook.  Well, I recently did another such post, and figured I’d share it here.  So I hope you enjoy my joining the world’s hipsters and writing about my food.

Just a bit of background info, I’m a meat eater sharing a house with two vegetarians. I often get people asking me how I deal with it. I can understand their concern. I’m pretty much half-man, half-beast as is, and all the most awesome beasts are obligate carnivores. They’re just concerned for my health. Thing is, being the only meat eater in the house, it’s actually pretty freakin’ awesome. Want to have some delicious food and don’t feel like sharing? Just cook up something with meat in it, and the herbivores can’t even touch it.

However, there’s a limit to the amount of things you can wrap bacon around and still have them be good. Desserts in particular are problematically meat-free. And that leaves me with one specific issue. How am I going to make myself delicious cakes while still being the greedy SOB that I am? I’ve struggled with this for years, before I recently came up with the perfect answer. Just like much else in life, this is a problem that can easily be solved with proper application of hard liquor. See, I’m the only real drinker in the house, meaning that if I can work a good drink into my cake, everyone else should have no interest in it.

(Yes, I know cooking removes most of the alcohol from the liquor, but shhhh……) 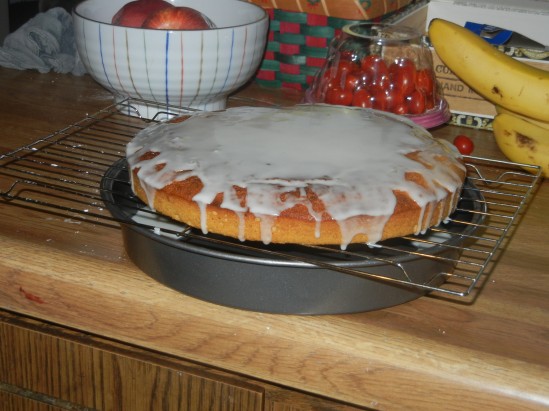 Which brings us to today’s little delight: my Kentucky Whiskey Cake. This was supposed to be an Irish Whiskey Cake, but I changed the titular ingredient to bourbon for two reasons. The first is that I didn’t actually have Irish whiskey, whereas I did have plenty of bourbon. The second is USA! USA!

This is actually a pretty fruity cake, with both raisins and lemons playing pretty prominent roles. So this post is both educational as well as entertaining, let’s take a break to list a couple of fun facts about lemons.

Anyways, you grate a full lemon rind, get a bunch of raisins, and soak them in your best whiskey overnight, then puree them and mix with a bit of cloves, brown sugar, and generic cake batter. Well, technically the recipe doesn’t call for a puree, but I don’t play by your rules so I just went ahead and did it anyway. After baking, and icing of lemon juice and sugar tops the concoction off well. 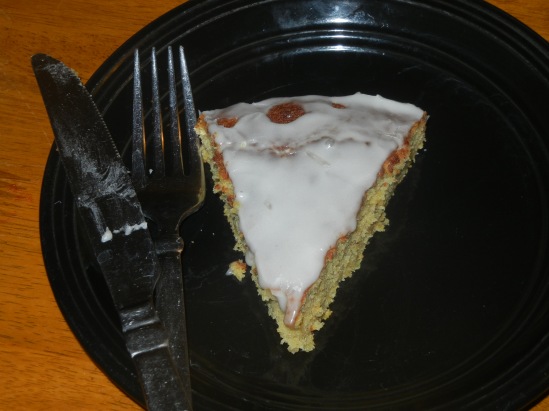 It turned out pretty well, I’d say. The whiskey taste is present, while understated, with the raisins and cloves providing the strongest flavors of the mix. Sure, there are a few things I could do better, but in all, I’d have to say this is a desert worthy of a champion. Namely, me. I can’t give any higher praise than that.