It was Valentine’s Day earlier this week. Valentine’s is kind of a crock, isn’t it? Who is it even good for anymore? Single people hate it, because it reminds them of their status and implies there’s something wrong with that. It sets attached people up for disappointment, condition them to expect great experiences provided by their partners with no effort required on their part, that both partners can’t reach and get burned by. I think it might be worst of all, though, for people like me. I know there are a lot of you out there who ache for someone to have on Valentine’s Day. And I’m sorry. I don’t do it on purpose, but it happens because of me all the same. It might be true that there’s someone out there for everyone, but come Valentine’s season, all the someones come knocking down my door. The reason you’re single right now is statistically likely to be because your destined mate just won’t leave me alone.

Valentine’s. It does things to people. And apparently that makes them come here and beg me for dates. And I’m a lot of man with a lot of love to go around, but even I have my limits. I’ve been booked solid for a week plus with admirers, and I’ve still got a ways to go. This is awful. I don’t have time anymore. Things are starting to get sore. And everyone always expects me to pay. Valentine’s sucks.

Let’s make ourselves feel better by celebrating the characters in games who have stepped away from that. Both sexuality and romance are not nearly as universal in video game stories as they are in other mediums. But that makes it all the more unique when you do find someone who clearly occupies the neutral ground in those regards. Let’s hear it for those who stand apart from that whole structure entirely.

FFVI’s first leading lady has had a complicated development. A product of forbidden love herself, then kidnapped and raised as a living weapon/possible mindslave, before her memory is stripped. So, come game time, she doesn’t know who she is and what she’s about. Has trouble with navigating a lot of feelings, the one she seems to have the hardest grip on being love.

Seems like it might be leading up to her coming to herself as a man sweeps her off her feet. Maybe it would be that charming king that shows an obvious interest in her and gets her connected with the main crux of the conflict. Or maybe it would be that noble and honest enemy general she has a moonlit heart-to-heart moment with during a rare period of peace. Or maybe it would be that dashing rogue with a penchant for saving damsels that 90% of boys named after themselves because he was the first male character to show up in the game. It really seems the games moving that way in a lot of points.

But no. She does grow into herself over the course of the game, finding more about who she is and how she should feel. She even finds love. But it’s a maternal love, for some orphans she rescues and takes care of. In spite of more than a few men pursuing her, she shows absolutely no interest in romance of any kind.

Agent 47 always finds himself surrounded by sexually-charged people. Apparently, it just makes it easier for him to infiltrate and do his work. He’s a man that’s only ever focused on one thing, though, and love has no place in that. In fact, although he’s usually implacable, romantic overtures towards him are one of the few things that consistently draw an emotional reaction.

Which makes for a pretty interesting dichotomy with his game world. Hitman’s settings get progressively oversexed, to the point where they start bringing in the battle fetish-nuns a few games ago and that’s apparently a normal thing for them. And 47 wants absolutely no part of that. He stands apart.

Sure, you can ruin this if you want, but as a spirit largely unintegrated into normal human society, Cole just shows no interest in romancing anyone. That’s just not how he makes relationships. Throw him in a situation where he’s almost guaranteed to get some, he’ll just end up solving people’s problems and making friends, and leaving it at that. Unless you push him towards being more human, topics of love are just lost on him. 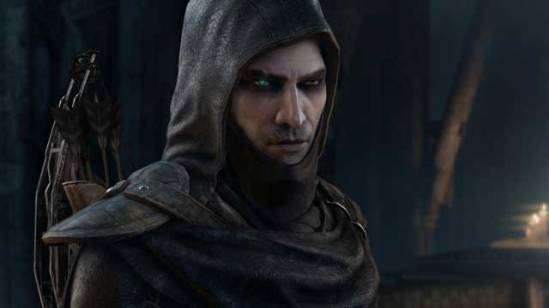 Like 47, he’s just dedicated to his job. Of being a thief. The IRS has a hard time taxing it. Matters of romance are a distraction from him being the thievingest thief he can be, and he doesn’t stand for it. He does empathize with women, show concern for them, but never any romantic interest. 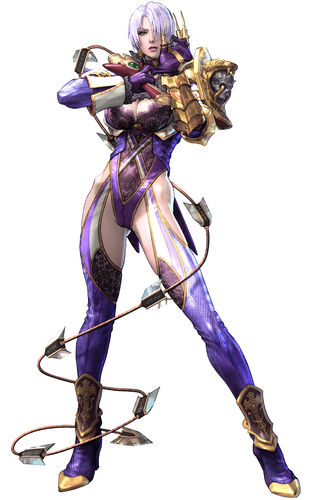 Yes. The woman showing up on so many sexiest character lists just doesn’t have any interest in sharing herself with anyone else that way. Sorry to burst your bubble. She just likes dressing that way for her own sake. And that’s fine.

So officially, this is out of necessity. Ivy’s the latest as part of a cursed bloodline, and doesn’t want to risk passing that along. Even before she found out about that though, she never particularly showed any interest in romance. One of those who just always seemed to have something more important going on.

Which is not to say she doesn’t value love or relationships. She had a very strong bond with her father. There’s just many different types of love, and she’s never had an interest in partaking in the romantic. 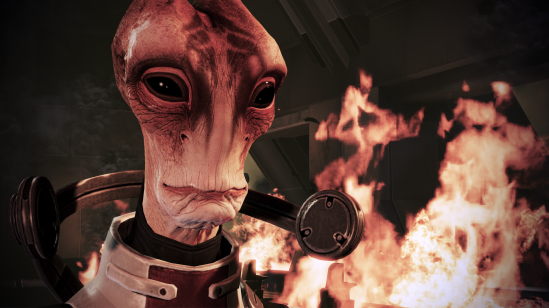 As a whole. An entire species. None of them care about that mushy stuff.

If you want to make something seem really alien, show them as having an unusual sexuality. It’s bizarre when you think about it, but sex and love are such a huge part of our individual identities, that showing a culture with very different sexual habits immediately and strongly sets them askance. Sure, the Salarians look like walking crab pincers and have the lifespan of a dog but it’s not until you find out that courtship for them is all about business relationships and nothing else that they start seeming really weird.

Again, it’s not that you don’t see them forming bonds, connections, relationships, etc. It’s just that almost none of them, are romantic in nature. And I bet they don’t have a Valentine’s Day. So lets all go vacation on their planet February of next year.

6 responses to “Leaving Love Behind: Aromantic Characters in Video Games”